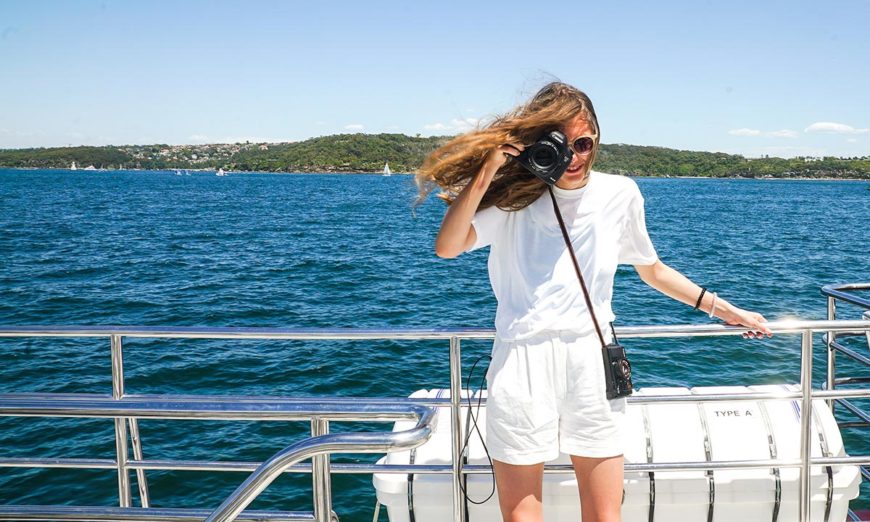 When was the last time your electronic device ran out of juice, and there wasn’t a wall outlet or spare battery anywhere to be found? Chances are, you felt naked without being able to use your cell phone – even if you’re in an area without service – or camera when you wanted to. It’s times like this that being able to rely on the sun is a great thing. 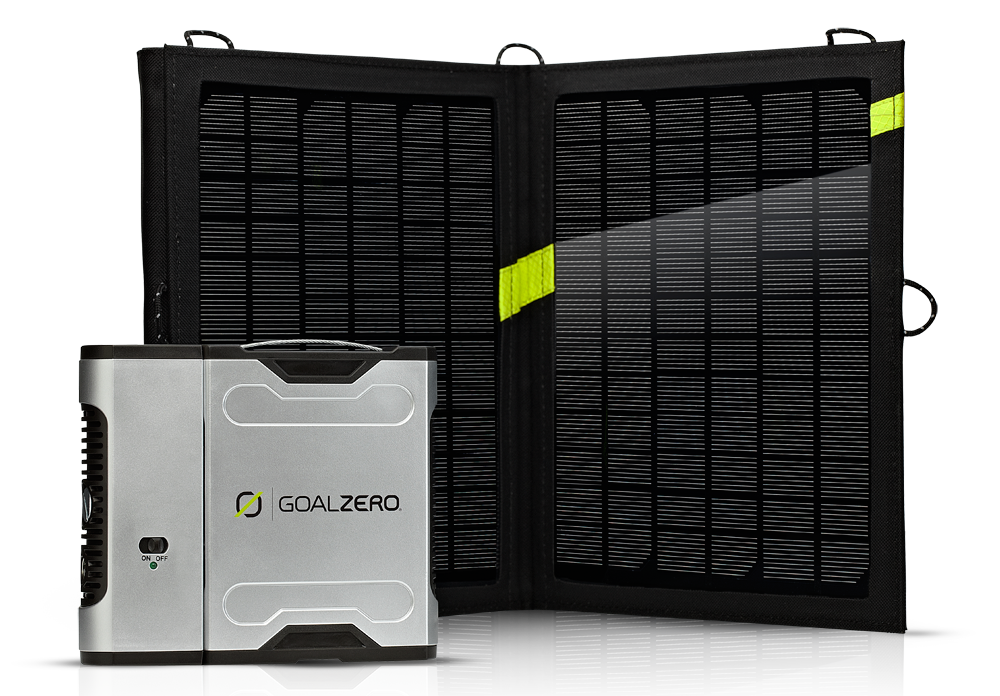 Introducing the GoalZero line of solar panels and battery packs. I had the opportunity to test out the GoalZero Sherpa 50 on a camping and rafting trip just outside of Ottawa. Heading up to OWL Rafting on the Ottawa River from my home in Toronto, I knew ahead of time that our campsite wouldn’t have any available power outlets – we weren’t going hardcore enough to require supplies for survival or the odd MRE – I also knew that in addition to my camera, I’d be camping with a group of friends that is very reliant on their power hungry cell phones to act as their connections to the city, as well as their point and shoot cameras. So, along with my tent, air mattress and digital camera, I packed the Sherpa 50, just to make sure I’d have all our portable power bases covered.

I am fascinated by solar power. There is something so intriguing about the fact that the rays of the sun can be used to generate electricity. Recently, I have even been considering switching to solar power in my own home. In fact, one of my friends told me that after she did a comparison on energy supplier comparison websites such as Power to Choose and Home Energy Club, she managed to find a solar energy package that was more affordable than her previous electricity and utility bill bundle. Do you use solar power at home to generate electricity? Let me know what you think! 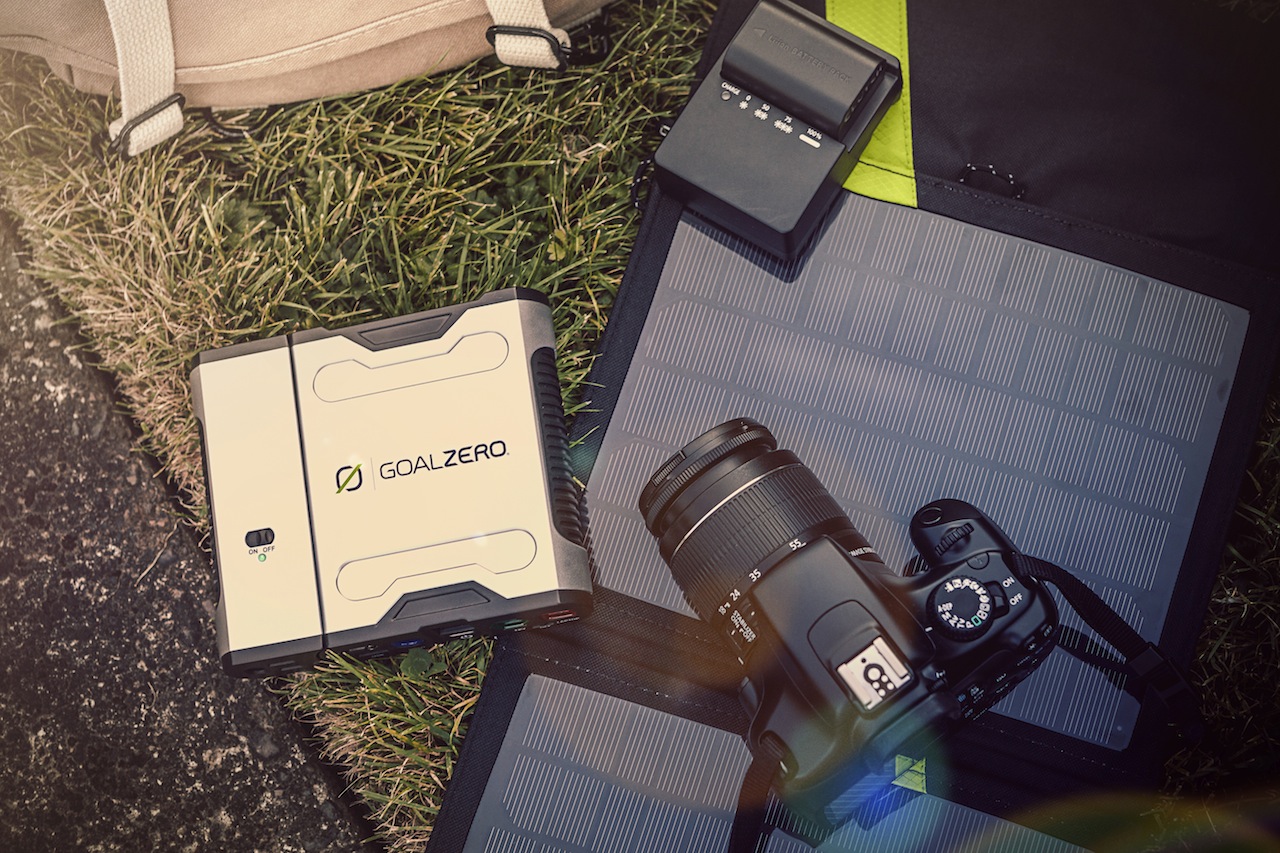 Anyway, a few of my friends are camping pros so I wanted to show off my new gadget that I knew they would be impressed by! They love camping and, after reading this campingfunzone.com post, have recently invested in a pop-up camper to make their camping experience even nicer. But there is always one thing that they struggle with and it’s making sure they have enough power to charge all their devices. There are so many things, like most camping showers, that need charging after a few uses and so it’s important to have a source of power. They have tried loads of things like a small generator and have even brought a bunch of phone chargers before! I was hoping this would solve their issues.

Driving a hatchback, my car has a small shelf in the back that covers the trunk area to prevent people from seeing the goods inside. Luckily, I’m able to use that shelf to hold smaller items while I’m driving. Before leaving I had already charged the Sherpa’s 50Wh battery to its full capacity using the included wall adapter, however I was anxious to test it out a little bit before I left, so I plugged in my iPhone to make sure everything worked ok and the phone would charge – which it did. Having drained the powerful battery just a little bit, I decided to try refilling the battery during the long drive by positioning the NOMAD 7 solar panel on that back shelf. To make sure the battery didn’t overheat while sitting in the hot sun, I took advantage of the long connection cord and placed it in the trunk itself.

During the next twenty-four to thirty-six hours, the GoalZero kit didn’t see much use. Our phones’ batteries lasted us for the rest of the day, and made it most of the way through the night. However, without a strong cellular signal at our campsite, those small phone batteries took a beating while they continually attempted to find service. By the time we woke up, most of us were clutching dead phones. So, I did what you might have expected – I brought out the Sherpa 50 portable battery and the NOMAD 7 Solar Panel. Like flies to a light, my friends immediately grabbed their chargers and cables, and connected their phones to the small unit – ours also included the 110V inverter, so we could connect one phone via USB, and one via the outlet on the inverter. 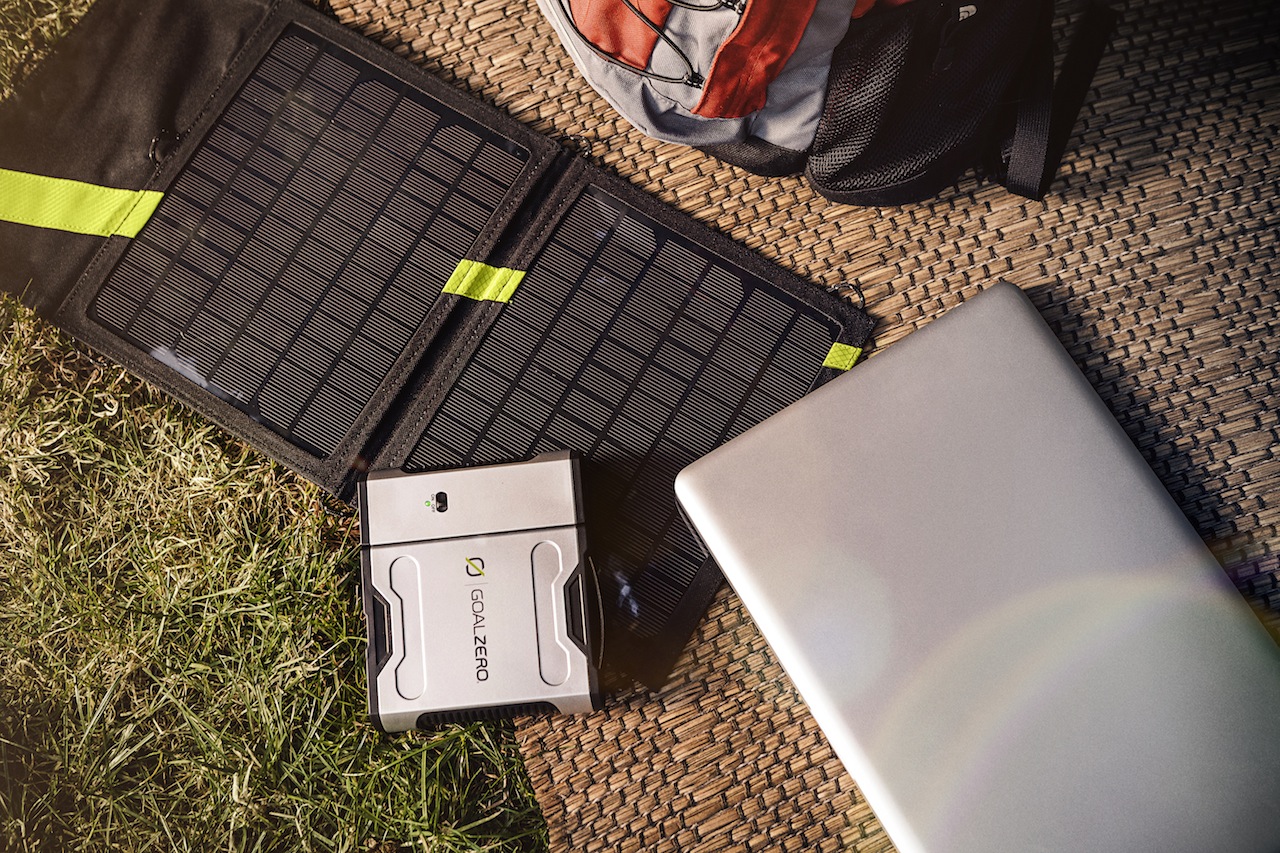 Placed on the picnic table at our campsite, with phones and cables crowded around, the Sherpa did what it was meant to do. Fortunately, the weather was very kind to us on our rafting and camping weekend, and the sun made frequent appearances among the sparsely scattered clouds. This meant that the solar panel would also be able to do its job of recharging the battery pack. I placed the panel over all of the electronics (partly to keep them out of the hot sun, and partly because it worked out to be a convenient place to put it) and went about our camping activities – you know, frisbee, playing catch, swimming, etc.

A couple of times throughout the day, we would come check on the GoalZero products and, more importantly, the devices connected to them. We’d swap out the fully charged phones for dead ones, just to make sure everyone had a chance to have their devices powered – and have somewhat of a connection to the real world. In my opinion, the real world is the one where nature exists, where we can enjoy the weather and the time off from the city, but I digress. 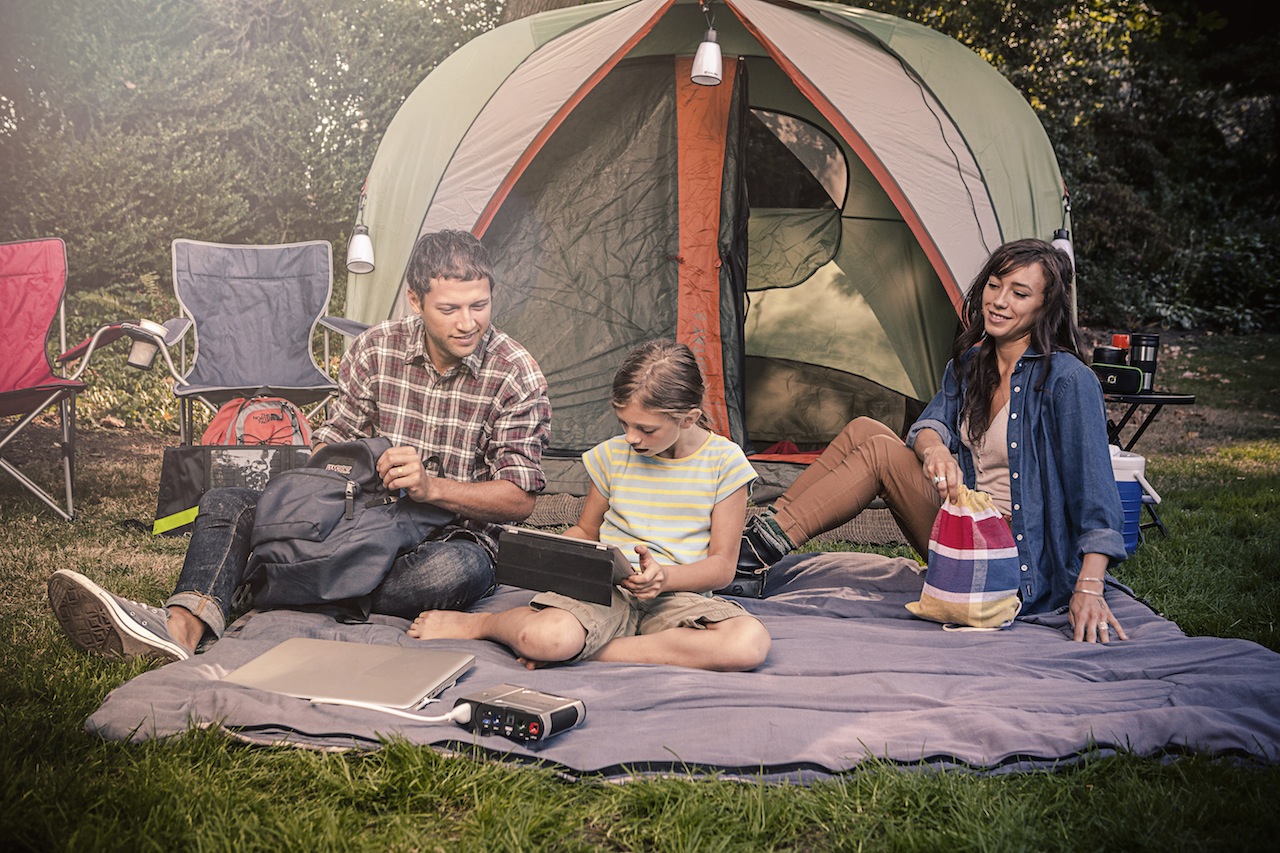 You may have guessed by this point that these photos aren’t actually depictions of my friends and I. As you can imagine, our campsite had so much room for activities that I kind of got lost in fun, games, and white water rafting. So, I never got a chance to take a photo of my review unit in use. But, take my word for it when I say that the use we got out of it made sure that we would have enough juice in our portable devices to make our way back to civilization.

That said, at just over a pound (about half a kilogram), the Sherpa 50 portable power pack is suitable in more places than just sitting on a picnic table. If your outdoor excursions are more about being on your feet and navigating the wilderness, the battery and solar panel will be just as much at home – and it wont be a pain to carry. The panel has a series of loops on the outside, which make it extremely convenient for attaching to the outside of a backpack, providing an effective surface to recharging the battery pack even while you’re hiking. While I didn’t have the opportunity to test this out in practice, I can be no stretch of my imagination see myself doing this on my next hike through the Algonquin Park trails. 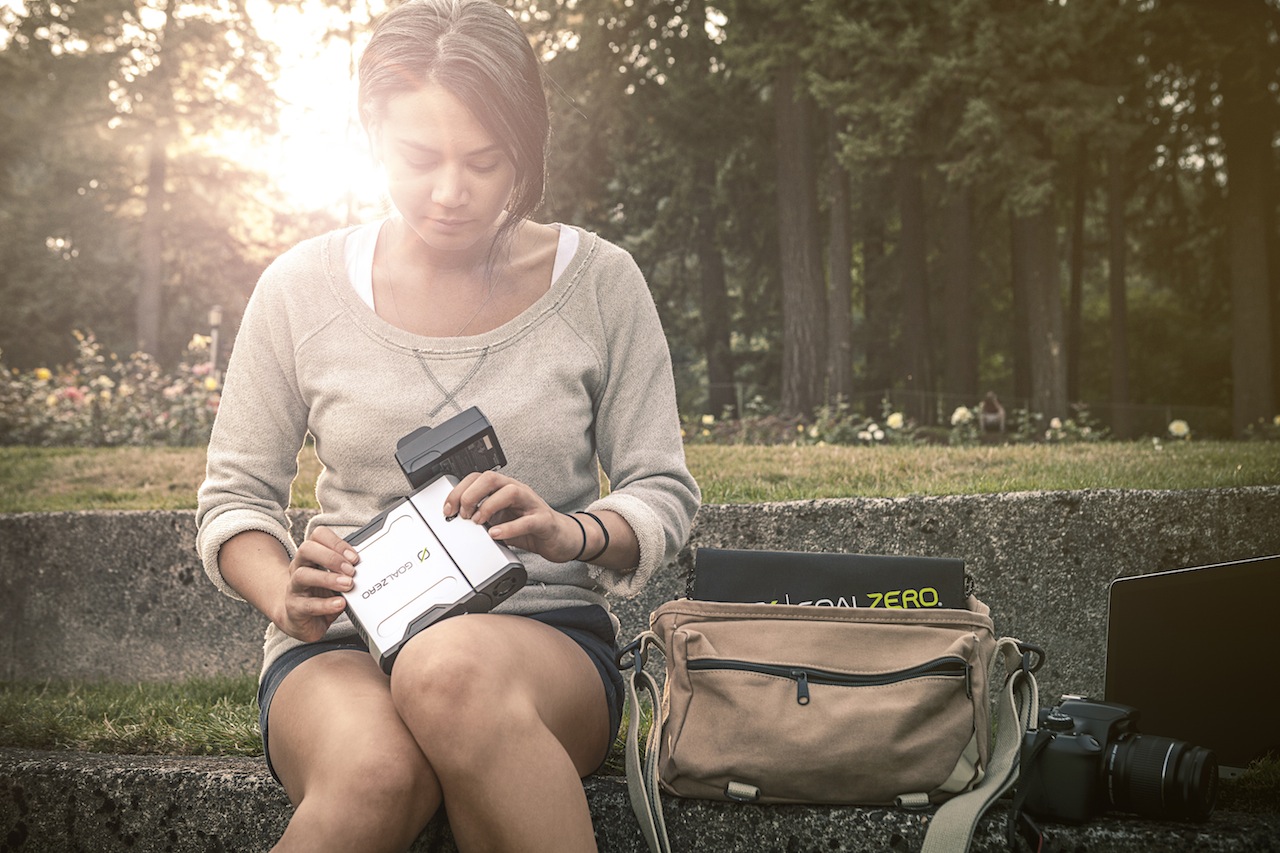 I am by no means the most outdoorsy person I know, but I certainly can appreciate a well made and easy to use product when I see it. The GoalZero Sherpa 50 along with the solar panels provided me the power I needed when I needed it, and was portable and easy enough to use that it proved to be no hinderance whatsoever to my camping adventure. If you’re looking for a very capable energy source to power your camera, laptop, cell phone, or any other portable electronic device when there’s no other outlet available, I would certainly recommend giving the GoalZero line of products a try.

Gearing Up with Benjamin Jordan

The Beginner’s Guide to Strobe Lighting

by Jim Ogilvie August 26, 2019 Learning, On The Road To Great Light