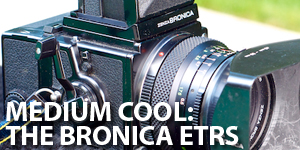 I had never planned to shoot weddings, but gave in to requests from friends looking for low-budget solutions. I soon learned there were limitations to shooting with 35mm. That’s not to mention a feeling of inadequacy experienced at the popular wedding location sites. Armed with their Hasselblads, bevies of assistants and pro lighting gear, “real” wedding photographers intimidated me. I could sense them looking down their noses at my Nikon gear. I was the small fish, the 97 pound weakling at hte beach, getting sand kicked in my face.

Then I found my answer: a used Zenza Bronica medium format kit, available in a tiny camera store on Yonge Street. A wedding shooter had recently upgraded (or just gave up).

It was a bargain, and I snapped it up. The kit consisted of a Bronica ETRS camera, three lenses, two 120 film backs, waist-level viewfinder, AE prism viewfinder, and a “speed grip”. Instant medium format. Instant credibility. 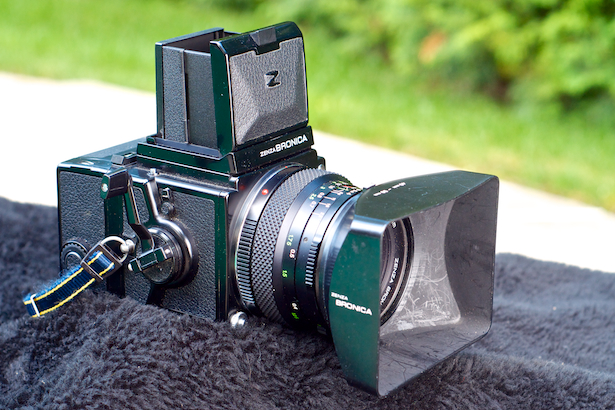 Although a used Bronica represented a poor man’s medium format gear, it seemed opulent to me. Made in Japan, the ETRS shot a rectangular 6 x 4.5cm image, a little smaller than the popular 2 ¼” format. but closer to a normal reproduction format – so less cropping. It also meant you got 15 exposures on a roll of 120 film. That’s three, count ’em, three extra shots per roll! The Bronica has a shutter speed dial on the left, with speeds ranging from 8 seconds to 1/500, as well as a “T” exposure. You advance the film using a crank. The shutter is located on the front. Film backs can be removed and replaced, even in mid-roll. This meant you could load one back with colour film, the other with black and white.

Best of all, medium format offers the same benefits you enjoy today with full frame. A more shallow depth of field means subjects stand out from their background; details and tonal subtleties are enhanced.

The 6 x 4.5 ratio wasn’t great for verticals, though. The waist-level viewfinder meant you’d have to throw away much of your live area in a portrait setting. That’s where the AE (automatic exposure) finder and speed grip came in. They allow the user to frame, focus (and meter) the image at eye level., and easily rotate the camera to vertical orientation. It also lets you advance the film with your thumb. You can shoot handheld as well. 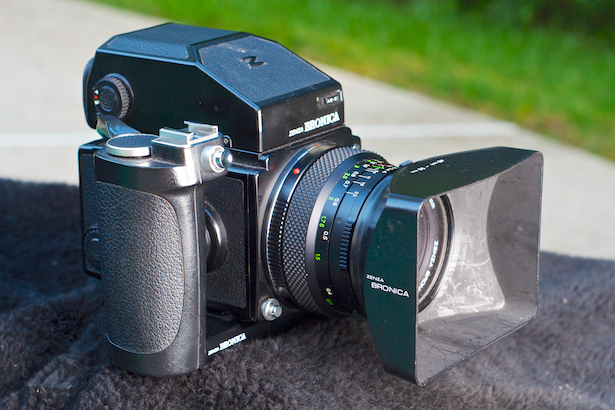 The three included “Zenzanon” lenses were a 75mm f/2.8 “standard”, a 40mm f/4 wide angle and a 150mm f/3.5 portrait lens. Equivalent 35mm focal lengths are 45mm, 24mm and 90mm. The math is close to today’s full frame/APS-C relationship. Zeiss owners may disagree, but I think the Bronica lenses are sharp and contrasty. Also, because of their electronic leaf shutters, you can sync your flash up to 1/500s. Bronica offered a total of nine prime lenses and two zooms.

In effect, the modular Bronica has two distinct personalities. Fitted with its waist-level viewfinder, the ETRS is a bespectacled Clark Kent, ideal for studious photography on a tripod. Replace it with the AE viewfinder, speed grip and flash however, and you become Superman, capable of great speed and power – with no need for a phone booth to change costumes.

I have found the Zenza Bronica ETRS to be quirky. At times, the film backs jam for no apparent reason. The camera eats through PX28 batteries. The internal light meter is not very accurate (better use a handheld). And what’s up with the “Zenza” name? Was this meant to imply Euro-credibility (or perhaps honour the owner’s Hungarian movie star girlfriend)?

Bottom line: The camera proved itself in dozens of weddings and other gigs. It was affordable. It helped me get even with those bullies at the beach.

Cam Levack is a graduate of the University of Toronto and various advertising agencies. He got his start in photography by attending photo and TV shoots, and “bugging the photographers to explain what they were doing”. Cam has written ad copy for Black’s and Vistek (but don’t hold it against him). He currently works as a Sales Associate in the Burlington Henry’s store.

Cam Levack is a graduate of the University of Toronto and various advertising agencies. He got his start in photography by attending photo and TV shoots, and “bugging the photographers to explain what they were doing”. Cam has written ad copy for Black’s and Vistek (but don’t hold it against him). He currently works as a Sales Associate in the Burlington Henry’s store. 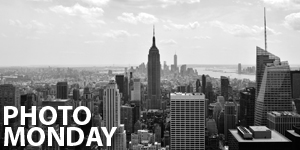 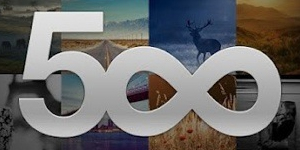