How to Choose a Tripod 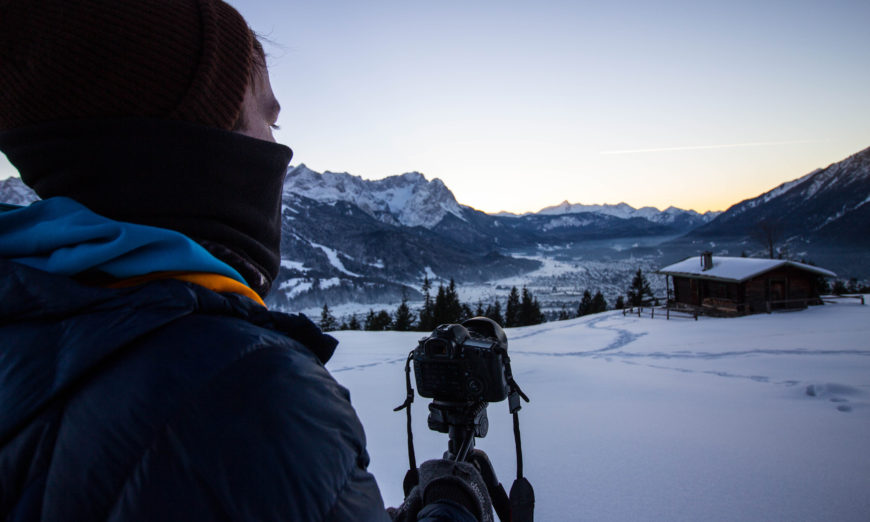 I’m writing this as we head into the holiday season, and one of the most common gifts that family and friends consider for the photographer or videographer is a tripod.  To help out, I’ve created this buying guide to help you, or your gifting person buy a tripod that suits. 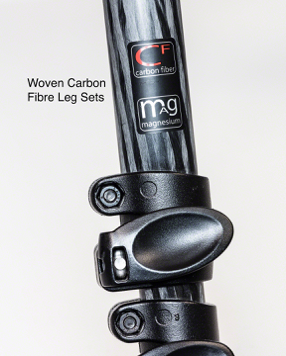 This may not be the first thing considered at time of purchase, but it’s the lasting consideration.  A tripod that is heavy or cumbersome will not be taken into the field.  It may be used in a studio or other fixed location, but most of us make photographs in all kinds of places and if the tripod is too heavy, it will stay in the closet.  Tripods today are generally made of aluminum or carbon fibre in the leg sets.  Aluminum is relatively inexpensive and a decent value.  Carbon fibre is more expensive, but is stronger, more stable and most important, lighter.  If weight is a consideration, and it usually is, choose a tripod with carbon fibre legs.  It will get used more often, and that’s the point, isn’t it?

A tripod needs to work at, or very close to eye level.  In a perfect world, this height is achieved by the height of the leg set, along with the tripod head itself.  Most professional tripods do not have a centre column at all, because they are basically posts that wobble, some a lot, some hardly at all, but they all wobble.  Consider a tripod with a head that will extend to about four inches below the top of the head, without engaging the centre column.

The greater the number of leg sections, the shorter the collapsed tripod will be.  If seeking a travel tripod that can go in a carry-on bag, this can be very useful, but if collapsed length is not a consideration, fewer leg sections mean greater stability and faster set-up and teardown.  Every time a leg section is added, it means another tube of smaller diameter and potentially thinner walls, and that means less stability.

This is simple math, all other things considered.  A larger diameter leg section will be more stable and less inclined to flex than a smaller diameter leg section.  The smaller the diameter, the thinner the tube walls and the thinner the walls, the less stability and the more flex that there is.  While carbon fibre as opposed to aluminum is a help here, there is a law of diminishing returns at work.  A tube that is narrower in diameter than your ring finger is not going to be stable when fully extended.

Most tripods we find include a centre column.  While they introduce instability when fully extended, they can be a minor convenience.  If you are looking at a tripod with a centre column, look for a hook on the bottom where you can hang the camera bag as a stabilizing agent, and avoid centre columns that rise and fall via a tracked gear system.  A good friction lock is all that you need.  Some centre columns are reversible to let the tripod head get low.  This is handy for macro, but often awkward for the photographer.  It’s a nice feature, but only a benefit if the person owning the tripod will actually use it more than twice. 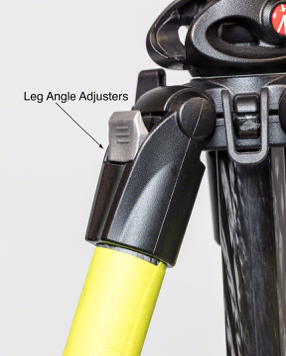 Many tripods today, allow for multiple angle locking positions so you can change the splay of the legs.  This is a great feature that has real application.  Just check to make sure that the locks are easy to use and will not pinch fingers.  Two or three angle settings are enough.  More make for less precise locking and a great chance of slippage.  As you can see in the image, this control is pressed in to reveal three options for maximum leg angle.  Very handy indeed.  I have added the fluorescent tape, so I can see the thing in the dark for night shooting. 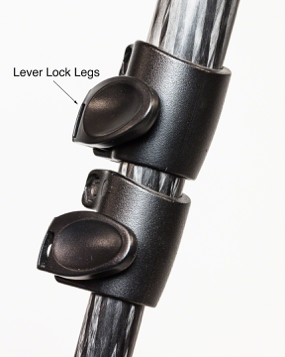 Tripod leg locks come in two designs.  Both are compression fittings.  The lever lock system uses a cam arm that folds over and in so doing compresses a ring that holds the next tube firmly.  Twist locks do the same thing via a round grip area that you twist to lock and unlock.

Good implementations of both exist. So do bad ones. For a simple test, extend the leg section completely and before setting the lock, give a gentle tug on the leg. If it comes out, move on to a different product. If not, set the lock and then push on the leg using the ground to see if the lock holds. 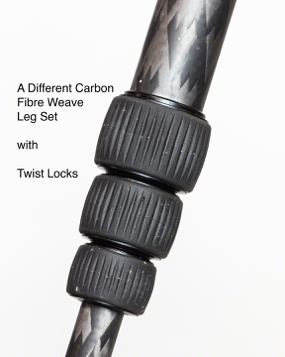 Most tripods can handle 10-20 pounds so don’t put your body weight into this. While you are pressing down, look for excessive flex in the legs themselves. Then try to twist the tripod a bit. The legs should not over flex and the locks should hold.

Whether you choose twist locks or lever locks is a personal decision, although you will note that most professional photo tripods use twist locks, while professional video tripods often use dual post leg systems with lever locks.  If your use case includes planting the tripod in mud and water, go with twist locks because they are easier to keep clean and working properly. 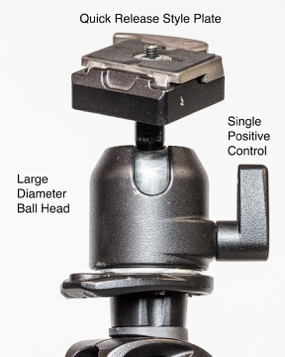 All tripod leg sets and heads have a weight rating.  Do not buy a tripod with a weight rating of less than twice the total weight of your gear with your heaviest lens.  Never buy a head with a capacity of less than the leg sets, or you risk creep and you will be massively frustrated.   In many cases, there will be a kit of tripod and head, but more pro level gear will separate them out.  A top-line head will cost easily as much as a decent leg set.

For still photography, the general guide is to go with a ball head with a single master knob for everything.  A separate friction knob is ok, but you should be able to lock up the head with only the master knob.  Many ball heads today now have a separate panning control knob.  If the one you are considering has this, make sure it locks up the pan movement tightly, and that the knob handle is not going to get in the way.  Also make sure that all the knobs are usable while wearing gloves or mitts.  Lastly, the size of the ball itself is a very big deal.  The larger the ball, the finer the range of motion.  For most DSLR and mirrorless cameras, you want a ball at least 1 1/4 inches in diameter, the bigger the better. 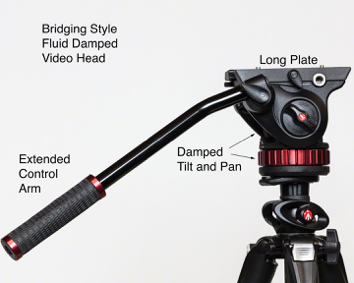 For video, you want a pan and tilt head with an extending control arm.  The longer you can extend the control arm, the smoother your pans and tilts can be.  Short arms are useless.  You do not need a flip capability on this head because you aren’t going to turn your video camera on its side to shoot.  In fact, a head with flip means a loss of stability and should never be purchased.  You will also look to a fluid damped head to provide smooth motions.  Because the better video heads are damped, you will also look for a longer mounting platform so you can better balance your camera and lens for maximum smoothness in movements and minimal creep.

You want a head with a quick release mount.  This means a plate that attaches to your camera and a receiver built into the head.  For still heads, the Arca-Swiss specification is the most widely accepted mounting system in the world.  Many products use this, but some really inexpensive offshore products claim Arca-Swiss compliance yet are not.  The other is the Manfrotto Quick Release system.  It uses a different mount structure that is not interchangeable with anything other than itself.  Gitzo used to use a proprietary mount system but switched to Arca-Swiss a few years back.  For a video head, you are looking at a plate system, that slides into a track and locks in place.  I have found that Manfrotto and Sachtler mounting systems are close enough to use interchangeably.

I have simple guidance.  Get your last tripod first.  A cheap tripod is always just that, cheap, and mostly useless.  A better investment up front results in a tripod that will be used, that will contribute to better images and videos and one that will last a very long time. 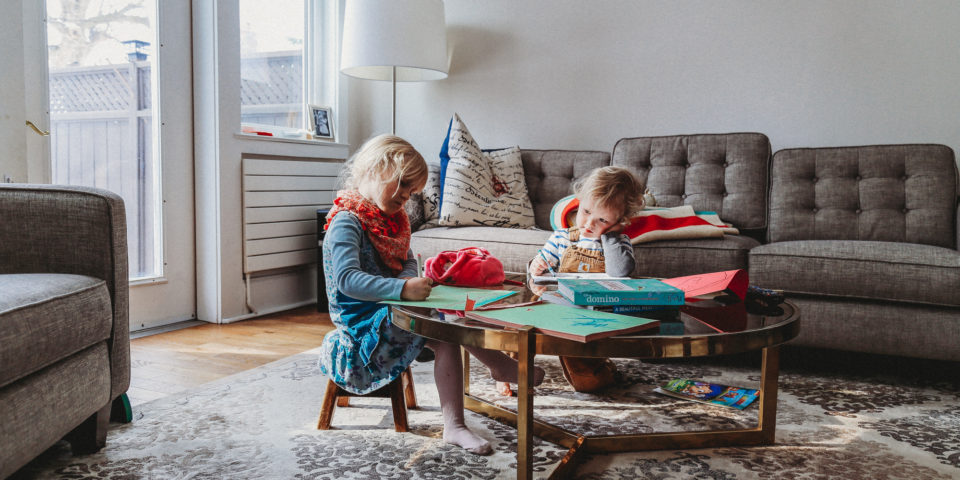 Photographing Your Kids on March Break 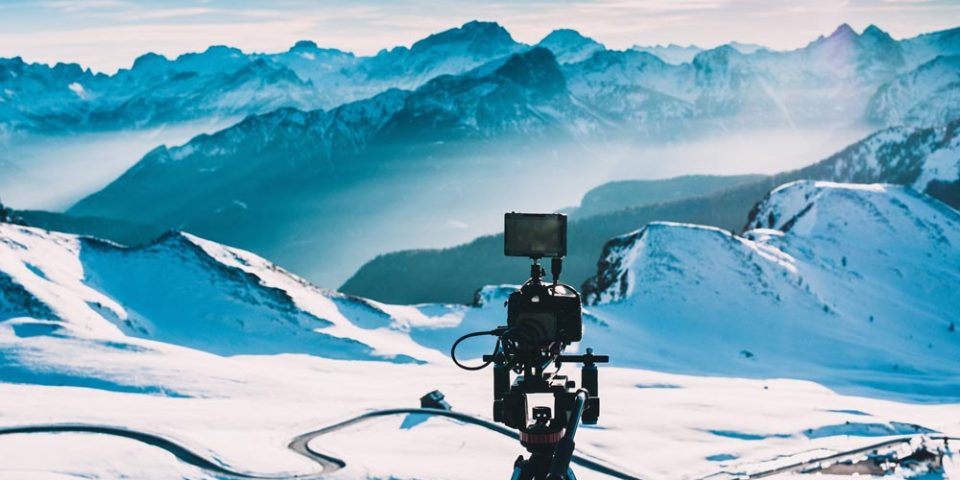