The Most Epic Ice Light Video Ever Created + Giveaway! 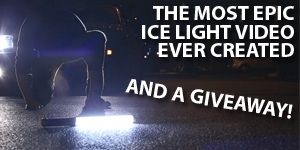 The Westcott Ice Light has revolutionized the way that photographers think about portable continuous lighting for their film and photography shoots. With a built in battery and dimmable daylight balanced LED light source, the Ice Light creates a unique quality of light that adds amazing effect to any creative work. Trust me when I say that this portable light is extremely durable and incredibly fun to use, as you can see in the video above!

Now, thanks to FJ Westcott, we’re offering you the chance to WIN AN ICE LIGHT of your own. It’s incredibly easy to do, and all you need to do is enter the contest via the form below.

PLUS, we’ll give you TWO extra entries into the contest if you share the following tweet exactly as it’s written below – make sure to copy and paste your tweet’s URL into the form so we can give you your extra entries!

Entries for this contest are no longer being accepted

Here’s the press release from Jerry Ghionis about his new Ice Light commercial:

My primary goal with this commercial was, of course, to create a piece that would show the Ice Light itself and the quality of light it produces. But I didn’t want it to be a dry, boring infomercial. Instead, I wanted to create a short film that included a distinct storyline with humorous elements in it, similar to what you would see in a Super Bowl commercial. I wanted to take the viewer on a cinematic journey and so I also needed the production value to be epic. It took a full year of conceptualizing then meticulously storyboarding every single scene. I hired one of Australia’s leading filmmakers, Abraham Joffe and his incredible team from Untitled Films to film and edit the commercial in my hometown of Melbourne, Australia. After feeling like I ran a marathon over two long days (shooting into the early morning each day), all of the footage was finally captured. I can honestly say that producing, directing and being featured in the film was one of the most stimulating and creative things I have done so far in my career. It was an incredible experience.

Inventor of the Ice Light, Jerry Ghionis is widely regarded as one of the top five best wedding photographers in the world. Jerry is a rarity in the industry where his natural photographic talent is matched only by his business acumen and his ability to teach and inspire others. To learn more about Jerry Ghionis visit www.jerryghionis.com 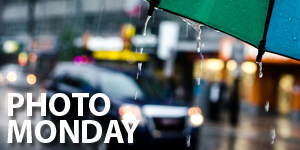 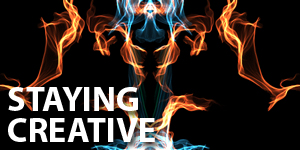