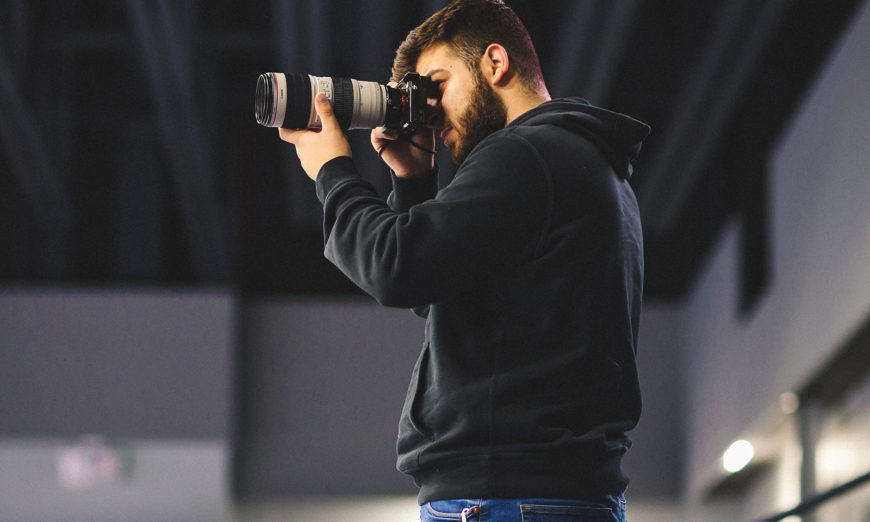 What makes a lens telephoto?

Tele from the Latin word meaning “acting over a distance”. We understand this from our youths where we would read or see programs about how telescopes took distant objects and made them clearer. Thus any lens that makes a subject appear closer than our eye sees it natively, can be construed as being a telephoto lens. To help equate that to the relationship between the eye and focal length, have a look at the basic table below.

Using the full frame sensor as example, we see that a camera with a full frame sensor and a 50mm lens sees with about the same magnification and perspective as the human eye. From this knowledge we can then infer that any lens with a focal length longer than about 50mm becomes, to some extent, a telephoto. Fortunately, the relationship between focal length and relative magnification is pretty much linear. Thus a 200mm lens makes the subject look four times closer than the 50mm, while a 500mm lens makes the subject look ten times closer. We choose focal lengths, partly because of the level of apparent magnification we desire. 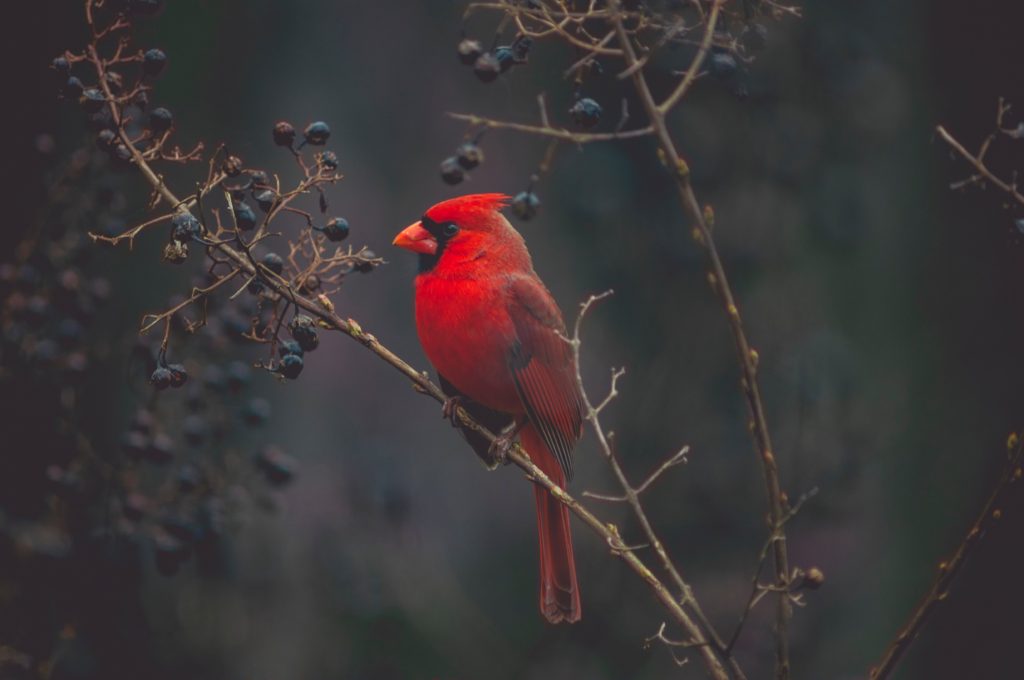 We also should consider the angle of view presented by the lens. The greater the focal length, the narrower the angle of view that the lens presents. This means that as the subject appears to come closer, the amount of surrounding area is reduced, meaning that it appears we are cropping in from the edges of the image that we saw with our 50mm example. The table below helps understand the apparent magnification and angle of view for different telephoto focal lengths and the impact that sensor size has on these.

We see in the table, that a smaller sensor with the same physical focal length, provides a smaller angle of diagonal view and thus a greater apparent magnification. This is one of the reasons why extreme distance photographers will often choose a body with a slightly smaller sensor when they know that they need lots of reach.

As I mentioned in the past, focal length is based on the distance from a measured point in the lens to the focal plane where the sensor resides. For DSLR cameras, we measure the same focal lengths regardless of full frame or APS-C sensor sizes but because the smaller sensor sees less of the image being produced, we get the illusion of enhanced magnification. That’s why a 200mm full frame lens used on a Nikon DSLR with an APS-C (crop) sensor looks like it is a 300mm lens.

As you can see from the preceding table, for a bump of a single f stop of light transmission, we find an increase in size and weight of over four times and a cost increase of three times. This is why matching the lens to the use case is so important.

In the earlier days of photography, telephoto lenses, like most all lenses were what we called fixed focal length lenses or “primes”. The etymology of the word prime is a bit silly because it refers to the primary focal length. Since prime lenses only have one focal length you can see the silliness of the name. If we wanted a 135mm lens, which for a time was the world’s most popular telephoto, we bought that lens. If we needed more reach (ie greater visual magnification) we bought a longer focal length lens. Today we are very spoiled by the availability of very high quality zoom lenses from both OEMs and third parties. A zoom lens offers us a range of focal lengths in a single package, delivering very good value for the money and flexible angle of view without the photographer changing his or her position. 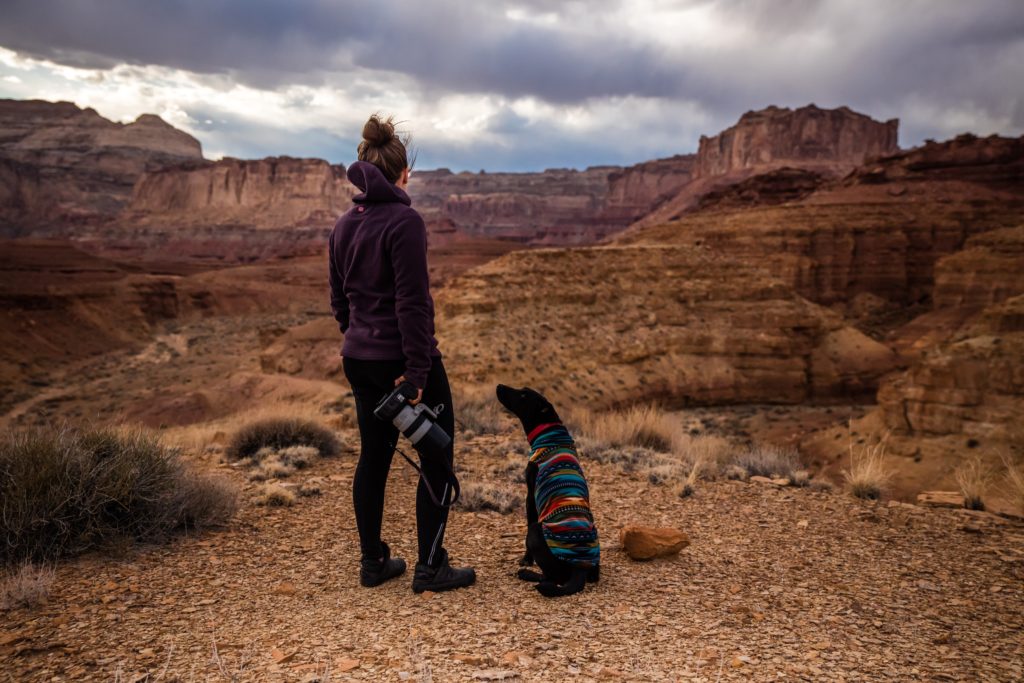 Photo by: Patrick Hendry (via Unsplash)

Zoom lenses are a practical purchase choice, with very good zoom lenses now offering focal lengths out to 600mm that are not horrible compromises. One of the prices we pay for zoom lenses is a limit on the maximum aperture. A zoom lens is a more complex construction with more lens elements and more groups of elements, and that means a reduction in light transmission. Again, if your camera handles higher ISOs well, this may not be a problem. I recently completed a review of Nikon’s relatively new 200mm to 500mm lens which has a maximum aperture of only f/5.6 but on modern cameras, with good higher ISO performance, this is an awesome lens for the money with reach and scope previously only available from third parties or at considerably higher cost from the manufacturers.

When manufacturers construct lenses they must deal with the realities imparted by the physics of light. Glass, even really superb optical glass, tends to disperse light rays. While the dispersion impact on focus can be corrected with grinding patterns, loss of contrast is better corrected by using special glass formulations, often referred to as Extra Low Dispersion glass. Special grind patterns also help deal with what happens in terms of aberrations and we will find the better long telephotos, particularly those with large maximum apertures using what is called an aspherical lens element. This simply means that the grind is not a constant arc, but combines outward (convex) grinds with inward (concave) grinds to control and eliminate aberrations. Some manufacturers even use non-glass elements as Canon started decades ago when they introduced some elements made from a special amalgam called Fluorine. Canon and now Nikon also offer telephoto lenses using a very special kind of lens that has a grid in its grind called Diffractive Optics. DO lenses (Canon parlance) and P lenses (Nikon parlance) are of this type delivering superb optics in less weight and size. All high quality lenses also benefit from multi-coating to help deal with how different wavelengths of light bend differently in lenses. Nikon has done a good job marketing their NANO coating which leverages the same pattern modeling as a housefly’s eye for better image control.

The longer the focal length, the harder it is to hold the lens steady. For this reason, camera shake reduction models first appeared in telephoto lenses. While widely available across many focal lengths now, the problem of camera shake is worse with longer heavier lenses. Each vendor refers to this by different nomenclature. Canon calls it IS, Nikon calls it VR, Sigma calls it OS, Tamron calls it VI, but it means the same thing. Micromotors move the internal elements to try to counteract the effect of camera shake and lens movements. Some of these shake controls must be turned off if the camera and lens are on a tripod, others are fine. Consult your lens manual for your particular lens. Stabilization is often advertised as offering n number of stops additional handheld shutter speed. Use these ratings with caution but know that if you shoot at the recommended shutter speed for handholding which is 1 over the maximum focal length, all shake reduction systems will help you make sharper images. 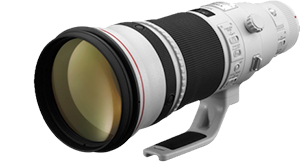 Some very long telephoto lenses incorporate a ring that goes around the lens that ends in a small foot with a 1/4-20 tapped hole. This is the tripod foot. If your lens comes with such a mount, it is telling you that when mounting your camera and lens to a tripod, it is the lens foot, not the camera that should be attached to the tripod. Doing so will alleviate strain on the lens mount itself and the ring greatly simplifies rotating the camera for portrait and landscape orientations.

Some people like putting protective or UV filters on their lenses, and this a personal choice, but note that very long, very fast telephotos may not permit the use of front mount filters at all. All telephoto lenses will accept a lens hood, and the hood should always be used, to reduce glare and light bouncing off the front element, and as a protective buffer for the front element.

If you shoot wildlife, animals, sports or really anything where you cannot get as physically close as you’d like to your subject, a telephoto lens does a wonderful job of getting you closer without being actually closer. Pick the focal length and the lens maximum aperture to suit your use cases and your budget, and you will be well along the way to making more photos that you love.

Say hello to our Henry's Featured Artist of the we

The @canoncanada EOS R8 is here 🤩

What are your 2 or 3 essential pieces for your cam

Say hello to our Henry's Featured Artist of the week! Sydney Rey, is a talented speaker, model, and content creator. Be sure to follow her journey here: www.instagram.com/sydmrey ... See MoreSee Less
View on Facebook
· Share 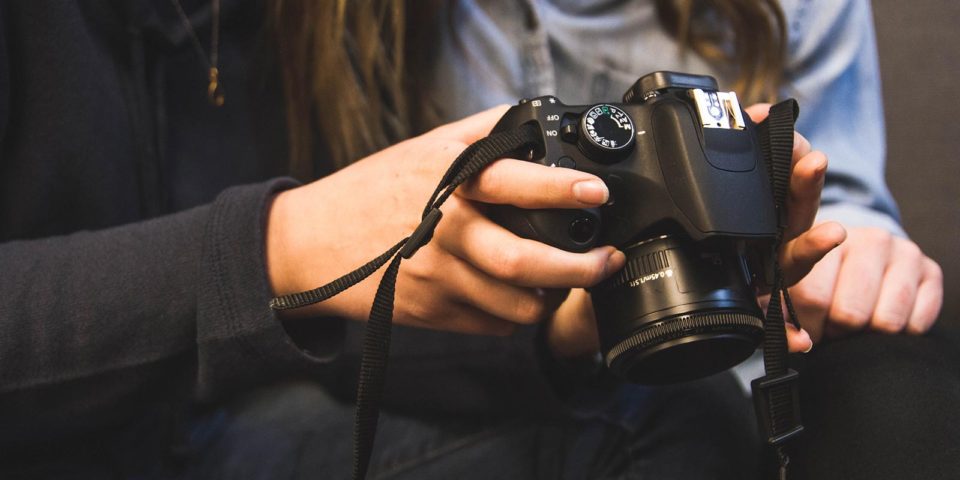 You Got a New Camera! 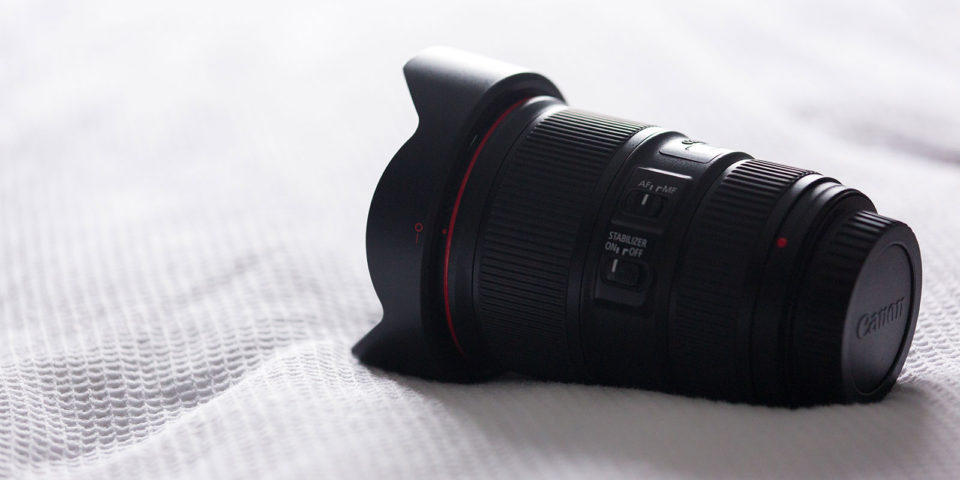 The Most Important Lens Accessory That You Probably Aren’t Using