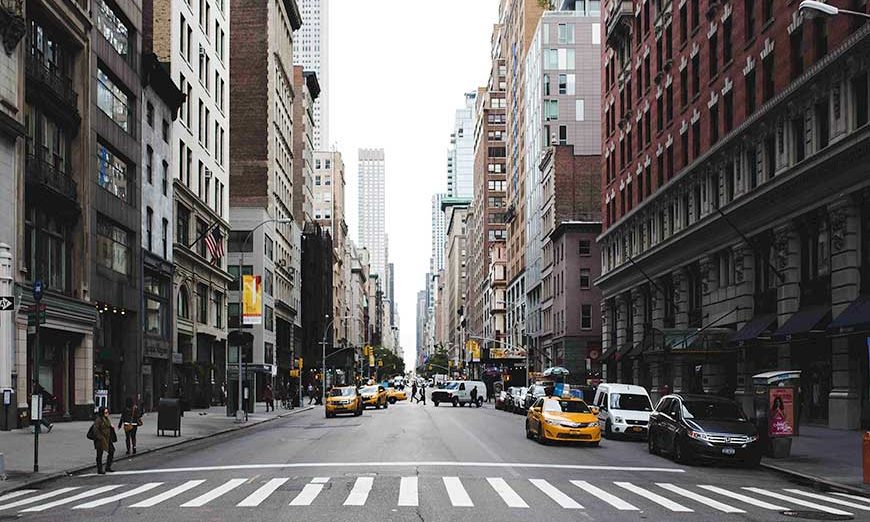 We all have at least an inkling of what street photography is, but I think it can be generally described as candid photography of everyday life. Sounds easy enough, right? May is Street Photography month at Henry’s and here’s hoping we can inspire you to get out and use that camera and capture some decisive moments. 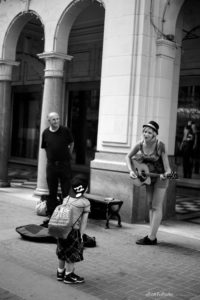 There are many different avenues one can take when photographing the streets: from the aforementioned decisive moments of Henri Cartier-Bresson and Elliott Erwitt; the more aggressive reactions of Bruce Gilden; the immersive projects of Josef Koudelka and Sebastiao Salgado; or the effective use of planning and colour of Steve McCurry. Street photography can take many forms and the one thing all of these photographers have in common is that they were/are capturing life as it happens.

Today’s street landscape poses some interesting and often frustrating challenges that many environmental photographers of years past didn’t have to worry about. Things such as the perceived invasion of privacy, national security and an overall wariness the general public has of photographers. Fair or unfair, this is the world in which we live and this leads me to my first and most significant point:

Respect for the subject and for the environment is the most important facet of street photography.

Maybe you’re thinking you’ll get around this issue by using that 70-200 you love so much. You could, but remember the increasing wariness the public has of photographers? Street photography isn’t about being sneaky or stealthy. I feel that a great environmental photographer is as much a part of the scene as the subject. Blend in, be a normal person and wear normal clothes. Yes, this means the photographer’s vest and the big backpack are out and so is the big white eyeball-magnet lens. What I’m saying is don’t attract negative attention and the way you carry yourself is step one of that process. You are a part of the scene whether you like it or not. Don’t forget to smile and don’t be afraid to engage in conversation. You’d be surprised how far it can get you. 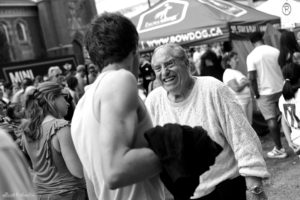 Travel light with one camera and one lens – maybe two. If you’re going to use a bag, try one from Think Tank’s Mirrorless Mover series or something of the like. They’re easy to carry around and prevent you from bringing too much. It’s true that being prepared for everything means that you’re really prepared for nothing – keep it simple. Bring your ID in case you’re approached by law enforcement, debit/credit card, some business cards and a good pair of walking shoes as your bare essentials. 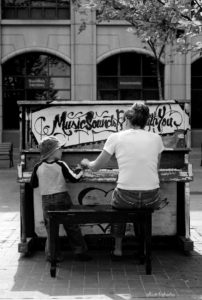 Twice now, I’ve eluded to how gear can have a negative impact on the perception of the photographer. Big lenses and big cameras certainly have their place but I would argue the street is not that place. If discretion is the better part of valour, small form factor cameras and smaller lenses find themselves at home in the hands of the street photographer. Fuji’s X series cameras are quite popular on the streets as are Olympus’ OMD series cameras. The mirrorless camera in general really is an excellent tool for street photography – small, inconspicuous, high quality, fast; they really have it all.

But I have an SLR, am I out of luck? No, not at all. While I don’t necessarily recommend the use of a large, pro 1DX as a street photography camera, an SLR with a little prime lens or a small zoom would do the job well. Traditionally, the 50mm lens has been called the perfect street lens. Some say the 35mm and some say the 28mm even. As previously mentioned in another article, the crop-factor of your camera might make a difference in the lens(s) you choose. For a cropped camera, a 28-35mm lens might work, where on a full-frame camera, a 35-50mm lens might be more appropriate. It’s really the choice of the photographer and your money manager (my wife for me). There really isn’t one perfect choice, but the common denominator between all of these lenses is that they are small (yes, there are some larger, fast glass offerings from the major brands but I think they are a bit cumbersome for the streets and for the sake of simplicity, I’m referring to their smaller and lighter counterparts such as the F1.8-2 lenses). 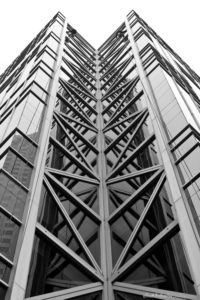 Why the prime lens? Three reasons; high quality optics, smaller size and for me the best part of a prime lens is how the mind’s eye responds to one. When using a prime lens, before you even put the camera up to your eye, your brain is already formulating a composition. In other words, the pre-visualization of the scene has already happened which means less messing around trying to key in the right composition.

Pre-visualization is crucial to street photography because time is at a minimum. Moments are fleeting, lighting changes or somebody starts yelling at you. Plan your scene. Cartier-Bresson would often wait with a desired composition hoping something interesting would happen. Oftentimes, the scene happens quickly and the better prepared you are mentally, the more success you’ll have.

Finally, what should one shoot on the streets? Well, life as it happens I’d say. But when composing look for interesting shadows, leading lines, contrast, humour, irony and what I like to look for mostly is happiness. It’s easy to photograph the downtrodden or the depressed because it’s everywhere. Happiness is harder to find but it’s out there and when found and captured it makes for a compelling image worthy of attention. 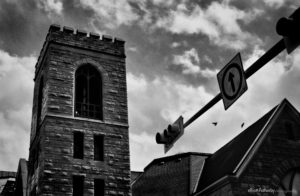 Think about what it is you’re trying to say with each image and tell a story.

Elliott has photographed for some of Canada’s most notable companies and government. His work has been used by Canadian Geographic and published by National Wildlife, Wild and many other national and international publications. He primarily photographs live music and is an instructor for the Henry’s Learning Lab. More of his work can be seen at his website. 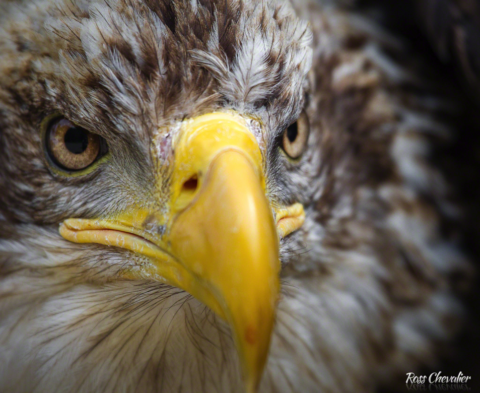 A Guide for Bird Photography 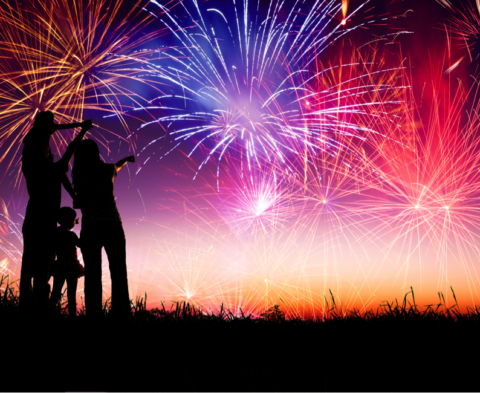 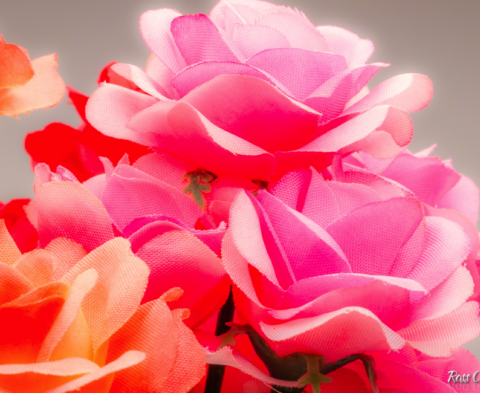 How to Photograph Flowers 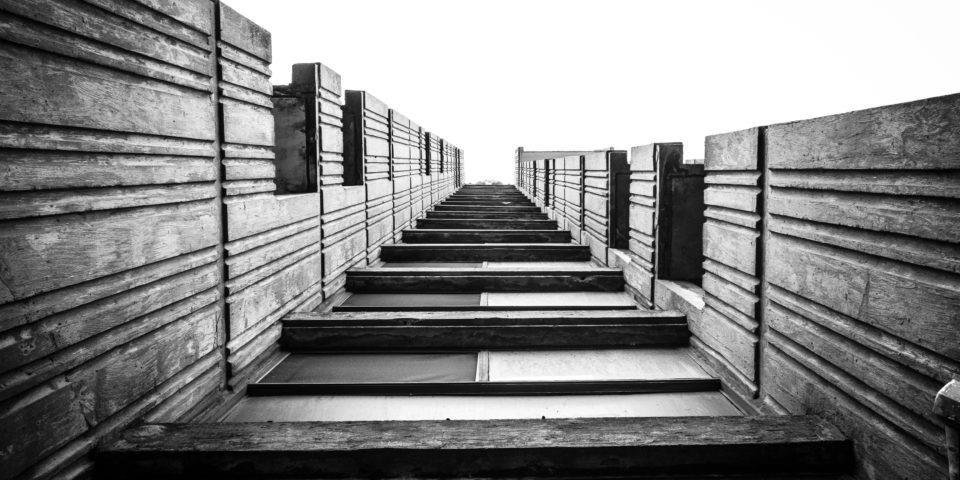 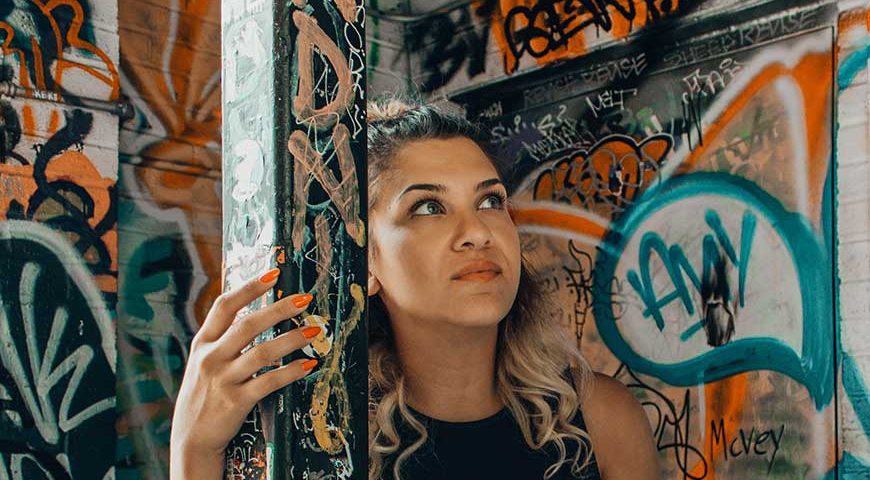