A Field Guide to Fall Photography 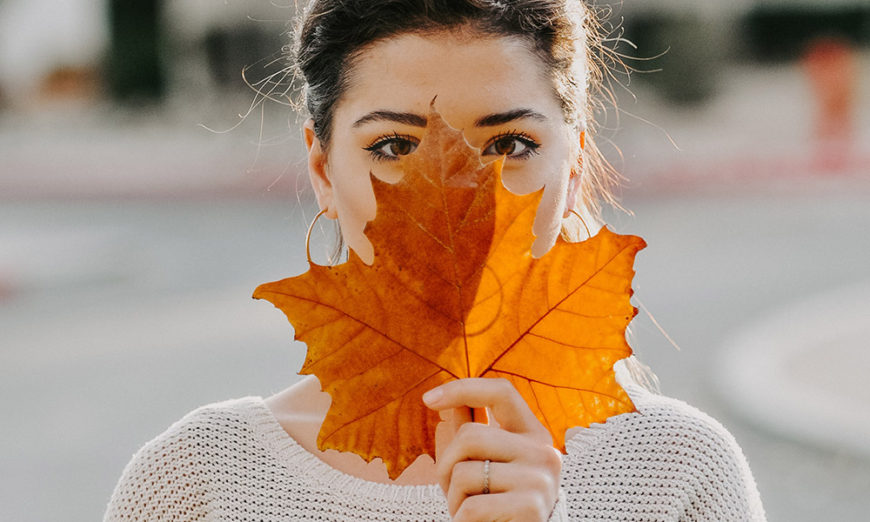 Fall is a photographer’s dream. With its bold visual palette and crisp weather – not to mention fewer shutterbugs in the field once the temperatures begin to drop – autumn is an ideal time to shoot. From harvest celebrations and family fun to the annual explosion of jewel-toned leaves across the country, it’s no wonder the season is a favourite for the snap-happy among us.

Nothing beats the vivid colours of trees in September and October (and even into November, depending on where in Canada you live), leaving photographers raving about reds, oranges and yellows that truly pop.

But capturing all this splendour takes some planning and prep. Toronto-based photographer Arash Moallemi says the season can be short, depending on where you are geographically, and it’s important to research the ideal time to head out. ‘If you’re travelling to an area to shoot fall colours, make sure you’re familiar with how [that location’s] season works,” he advises. You should also double check weather conditions, which can change quickly at this time of year.

Stephen Hui, a Vancouver-based photographer and author of 105 Hikes in and Around Southwestern British Columbia, says he uses macro lenses for close-ups of leaves, trees and small animals, bringing out texture and contrast, but he’s also partial to wide-angle lenses for a broader field of view, which allows you to capture the splendour of a fall forest from the ground to the sky. ‘Having a great wide-angle lens to capture a huge landscape, with all the multicoloured leaves, can be spectacular,” he says. Using longer lenses (70-200mm) can also be helpful, allowing you to isolate pockets of brilliant colour from a distance.

If your shot includes moving water, such as a stream or waterfall, try using a long exposure and adding a neutral density (ND) filter to capture a sense of movement.

To mitigate against common fall-weather issues such as rain, Hui says packing plastic camera coverings is key and suggests continually wiping any moisture off your lenses to avoid water spots on photos. Another must-pack item? A polarizing filter, says Moallemi, which helps remove excessive glare and light reflections on leaves – and enhances the contrast in clouds and skies – in your shots. ‘You can get deeper, richer colours [that way],” he says.

Colourful celebrations – from harvest parties and Thanksgiving dinners to fall fairs and Halloween – are another great opportunity to take out your camera and capture some fabulous festive fun. Philip Leung, a Toronto filmmaker, CBC producer and videographer, says autumn offers tons of video ops, and new technology is ideally suited to the season. ‘There are these great new small cameras – like the Panasonic GH5 or the Sony a7 III – that can handle low light,” he says. ‘You could go to a fair and, without any lighting whatsoever, still shoot these gorgeous images, regardless of [the amount of] daylight. And at night, when the fair is lit up by the games and the rides, there would be zero concerns about shooting in low light. No longer will you have to carry around extra LED lights.”

Sarah Tacoma – a photographer based in Kimberley, Ont., who teaches workshops to amateur shutterbugs looking to document family lives – agrees that lighting is key to creating fabulous fall keepsake pics, whether it be on Halloween or at Thanksgiving gatherings. ‘The main things I suggest to students are: find the right light and find the right moment,” she says.

When shooting in homes, Tacoma recommends using natural light, catching subjects near windows whenever possible, with light falling on faces. She tries to avoid using flashes, but if it’s absolutely necessary for a shot, she opts for a hand-held or stand-mounted flash, pointing it up at the ceiling. ‘That allows for the light to bounce down nicely and evenly on everybody.”

Tacoma swears by gear that aids mobility, allowing photographers to capture special moments on the fly. ‘Make sure your camera is easy to access,” she stresses. She favours Manfrotto’s backpacks for outdoor adventures, and Peak Design camera bags for situations when she needs to carry extra cameras and lenses. She also recommends Holdfast camera straps, which feature rings for tripod mounts. ‘This allows the camera to slide up and down the strap, avoiding the hassle of moving and adjusting the strap all the time if you wear it across your chest,” she explains. ‘Holdfast also makes a harness that resembles a cowboy’s double gun holster. It not only allows me to carry two cameras – hands-free – but also looks amazing.”

And, she’s quick to add, don’t forget to pack a simple tripod. ‘Something sturdy and compact. For long exposures or when you want to jump in the photo yourself, it’s a must. Throw on the self-timer, or a remote trigger, and you’re good to go.”

In general, she suggests using the aperture priority setting, on the lowest number available. ‘Your camera will make all the other adjustments, so that you have a well-exposed photograph,” she says. ‘You’ll still have creative control with your aperture, but your camera is doing the rest of the thinking for you.”

Hui recommends taking advantage of the ‘golden hours” during sunrise and sunset, which can further amplify the already-mind-blowing hues of the season. He loves the fact that, in fall, what might otherwise be considered problem conditions – such as dim, overcast skies – can be transformed into photographic gold. ‘Cloudy is actually great for photos, especially taking outdoor portraits,” he says. ‘Clouds are like nature’s diffuser. They diffuse the light and remove that issue of harsh sunlight on skin.” And for landscapes, fog – another photographic challenge – can make for very dramatic shots.

He’s also partial to polarizing filters to enhance colours, and recommends experimenting with the ‘cloudy” white-balance setting to make photos warmer. ‘Take advantage of backlighting from the sun to get bright, striking backgrounds where it might otherwise be dull,” he adds. ‘And if taking portraits, don’t necessarily use the lowest aperture – you actually want to see that foliage in the background.”

Regardless of whether you’re shooting during the day, at night, in the sunshine or on an overcast day, Moallemi believes fall is prime time to get arresting shots. ‘Find a beautiful park in the city or, if you’re lucky enough to be able to get out into the country, go on a nice hike,” he suggests. ‘Just go out for two hours and explore nature. It’s kind of like fishing: you just go out and see what you can get!”

If you’re heading out to capture the splendour of the season, be sure to pack these awesome products in your camera bag.

Getting Serious
COKIN Z-PRO FILTER HOLDER
This handy carrier features three slots, so you can stack multiple filters for different effects, giving you greater versatility in your shooting. 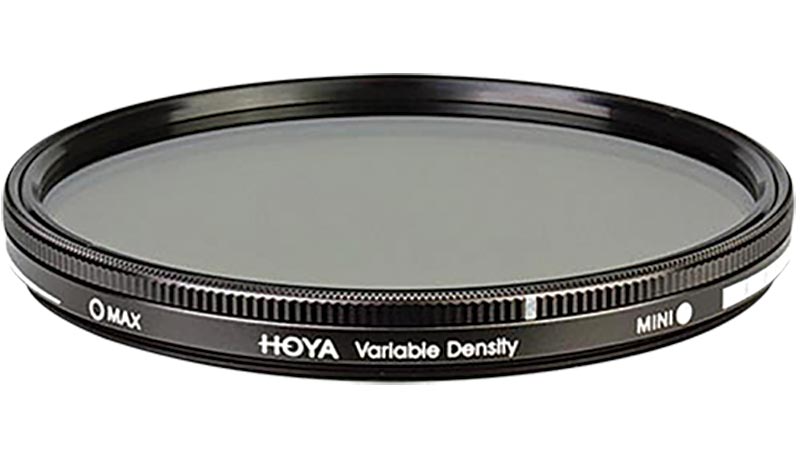 Getting Specific
HOYA 62MM VARIABLE NEUTRAL DENSITY FILTER
This fantastic filter not only helps to darken images, it also allows you greater control over your depth of field.

This article was originally published in The Lens Magazine: Issue 2 – Fall 2018 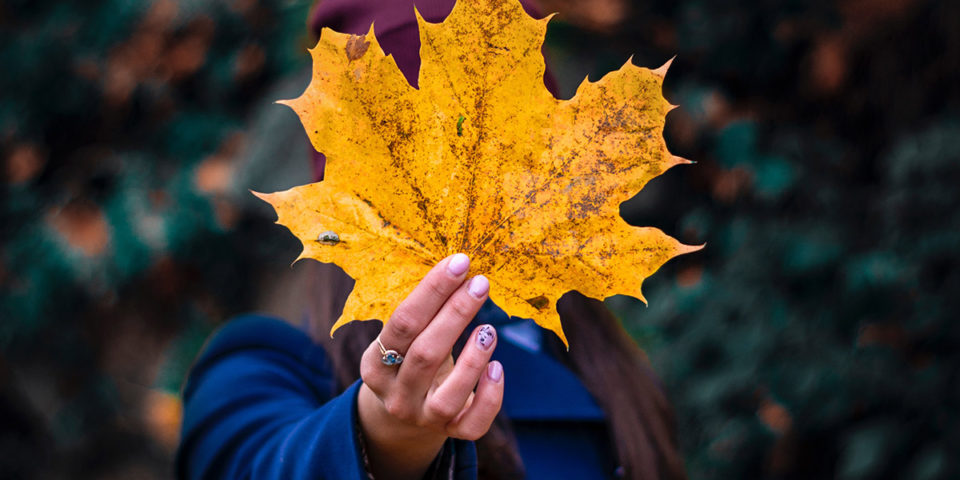 Get Ready For Fall Colours 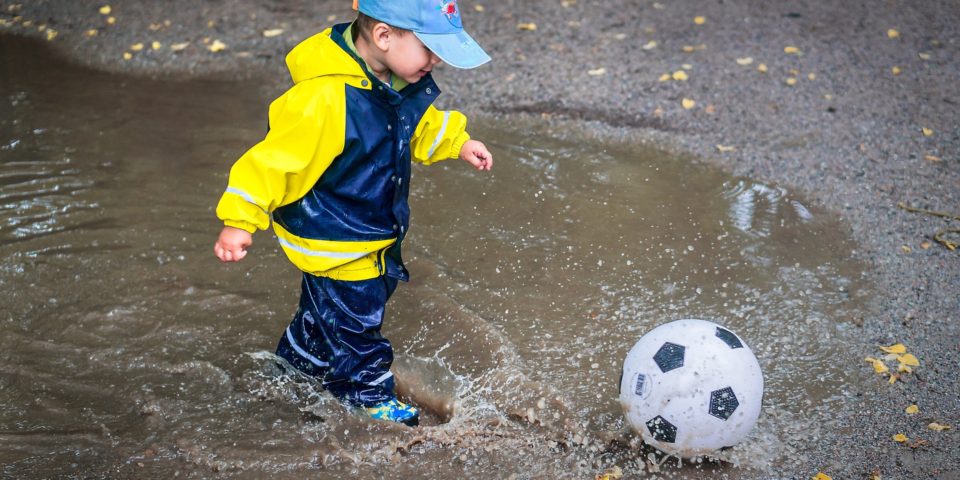