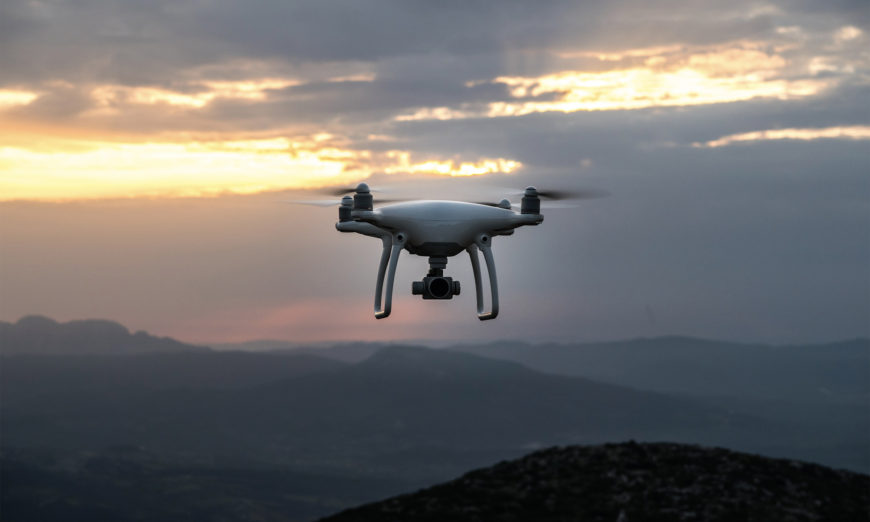 Have you ever thought that making images and videos with a drone would be really cool, but did not know where to start? No worries, because that is what we will cover here. 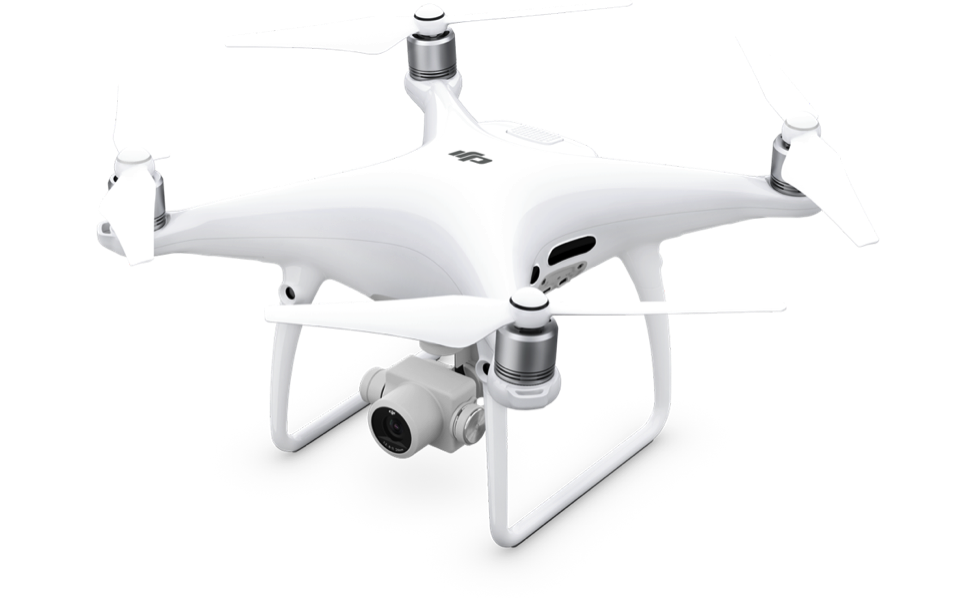 What Can I Do with a Drone?

A drone with a camera lets you make images that would otherwise be impossible without a huge budget and lots of resources. Today drones like the DJI Mavic Mini can shoot both stills and video. The video coming out of current drone tech is in 4K. 4K is the standard for drone video, just as it has become the standard for home television screens. Because most drone cameras use smaller sensors, both focus and depth of field are rarely an issue, and your footage will be sharp, well exposed and will look better than a regular DVD or Blu-Ray disk. When it comes to stills, most drones can shoot in both RAW and JPEG formats. The format that you choose is up to you and whether you will want to do post processing afterward or not. The quality of the images is excellent and the colour rendition is as good as a top of the line point and shoot camera. These stills are typically 14 megapixels in resolution which is incredible considering that this is coming from a very small camera and that camera is flying at the time that you are making photographs.

You could, of course, hire a helicopter, flight crew, pay for permits, insurance and the like but one hour of traditional flight time will cost more than the complete cost of two of the average camera drones.

The key element to remember is that a drone is an aircraft and you as the operator are a pilot, and that means following the rules for civil aviation. The rules are always evolving, for safety reasons and to get a fair balance between the needs of the drone operator and the needs of the rest of the community. Transport Canada provides a clear list of dos and do nots at Canada.ca/drone-safety.

Check this site regularly as the rules are subject to ongoing change.

Safety is key, and the rules exist to ensure that a drone never becomes a hazard to aviation.

When you have decided that a drone is going to be a great tool for your creativity, you need to learn to be safe. Unfortunately, there is not a lot of great documentation available and while there are thousands of videos on social media, you will find most of them to be incomplete or to massively contradict each other. I have been teaching what we at Henrys call the Drone Safety Ground School for many years, and those who attend demonstrate an intelligent commitment to safety. I have, as both an instructor and as a pilot, encountered many fliers with no idea of the laws and who are being unsafe nearly all the time. You owe it to yourself to take a safety class, like the one that we offer at Henrys.

Learning to Fly a Drone

Learning to fly a drone is not difficult. Because drones can do a lot of fun things as well, that make flying one even easier. You must be safe at all times, but no matter the drone, and by this, I mean the not child toy variants, there will be a dual stick controller. The left stick is your throttle and also controls which way the drone points. The right stick controls the direction that the drone moves, forward, backward, left and right.

All pilots must learn to read a weather map, to consult a forecast and to judge the wind.

I always start my live flight students with the most important basics after safety. These are, as you would expect, learning to take off and to land. We always go through at least one full battery of doing nothing but takeoffs and landings. This is very familiar to those who have earned a civil aviation license. These are critical steps that happen with every flight, but we actually spend the least amount of time on them.

Once these steps are comfortable, we raise the aircraft to about 10 metres in a safe place to fly and practice basic right stick movements, so forward, backward, slide right and slide left. A drone has no preferred direction of flight so you must master all of them.

Once these basic maneuvers are practiced we add in turns and practice by flying ovals, and then later on, figure eights. We always do this in accordance with the laws and in a completely safe manner.

Many people are nervous about learning to fly, because of a bad experience with a model aircraft in the past. A high-quality drone is a joy to fly and has numerous onboard systems to help ensure stability in the air. All high-quality drones also incorporate manual and automatic fail safes such as self-land and return to home. Some people suggest that these are for everyday use, but I do not agree. These are emergency response tools and while you must know how they work, you should always be in full control of your aircraft.

Keep a log of your flight activities. Do not depend on the system to do this because it does not see what you do. A simple notebook in your flight bag is all you need. Never try to fly in winds above 30kph. The drone may be able to fly, but the battery life will be severely compromised and you are not being safe. Some people may be nervous about the drone. Remember that drones have earned a bad reputation, mostly as a result of owners being unskilled and unsafe, and others not understanding anything about drones and conveying incorrect information. Be tolerant and polite with those who are nervous and consider flying elsewhere should an argument ensue.

There are multiple manufacturers of drones. Recreational drones, such as those sold through Henrys are very powerful machines. You should plan on flying regularly to keep your skills sharp and to get the most out of your drone. The DJI brand is very well known and produce drones for many different uses, even those beyond recreational flight. While new products are being announced all the time, the Phantom and Mavic lines are the most popular. The Phantom lineup is a physically larger and heavier drone that is very easy to learn to fly and that has longer landing gear for landing zones that are not nicely level. The Mavic is about half the weight of the Phantom and folds up neatly. It is physically smaller and does not handle heavy winds as well as the Phantom. When flown safely and properly both deliver incredibly good footage and stills.

As with a lot of sophisticated gear, do not use third party batteries or chargers or propellers. The wrong equipment could cause a catastrophic flight event. I always recommend at least two extra batteries and to carry at least two spare sets of propellers. I also strongly advocate the use of propeller guards, where available.

Do your research up front, or feel free to post your questions where this article runs, and I will answer them for you. Legal questions will always have the result to advise you to contact Transport Canada. I am not an aviation lawyer and will not pretend to be. The reason I encourage you to do your research is that a drone purchase is always a final sale. No matter where you go there will not be the option of a return, so make the right decision for your uses up front.

Handling Drone Footage and the Files

There is great news here for everyone. All quality drones record their video footage in either the standard MP4 or MOV format. This footage is ready to be viewed and like any video can be edited for content. Mac computers include iMovie for free and there are many no cost video editors for Windows. For the stills, you can edit them, or not, however you handle your stills today. Remember that RAW files always require some post processing. If you do not want to bother with that sort of thing, choose JPEG.

Once you learn to fly and have done some preliminary shooting, you will learn that you have significant control of the camera itself. The cameras do not zoom or autofocus, but you can control the shutter speed and the ISO, as well as use exposure compensation, all from the smartphone attached to the controller. This can be pretty much any iOS or Android device. You can also control the angle of the camera from horizontal to straight down for creative footage creation. I would encourage all drone pilots to become very accomplished fliers before trying to become sophisticated filmmakers. When you are starting out, start the video recording before you take off and stop it after you land. This way you will not be taking your eyes off the aircraft while flying and while it means you may have to edit out some boring content, your videos will be all the better for it. 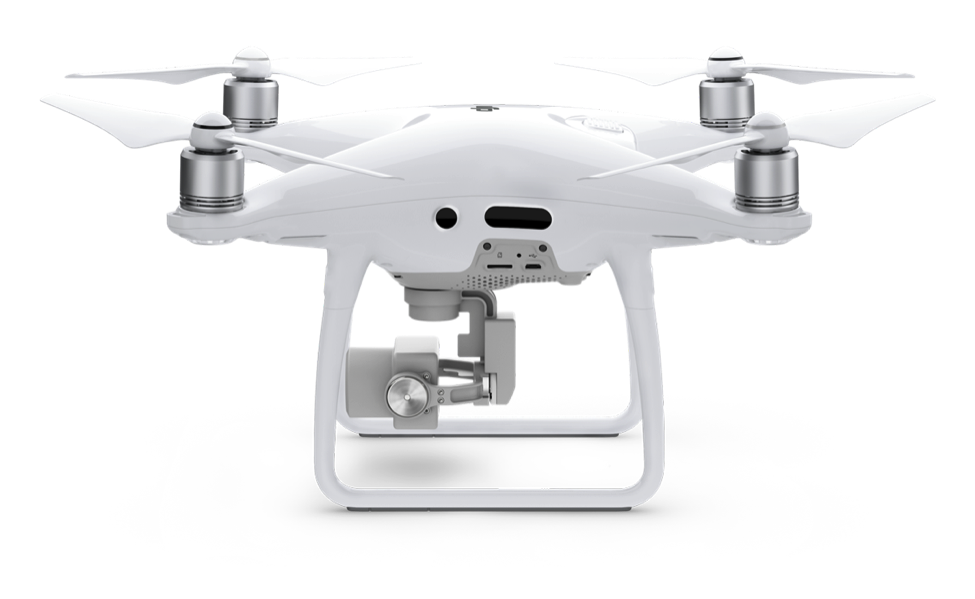 Figure 4: Side view of the Phantom 4 Pro. Image source: www.dji.com

Flying a drone for recreational use is easy and enormous fun. If you wish to use your drone for commercial work, such as real estate or events, please consult the documentation at Transport Canada on Special Flight Operation Certificates as typically all commercial use will require an SFOC, as following all the laws to have an exemption from an SFOC is challenging when doing commercial work. Droneography brings a completely new dimension to your creative space so if you have been thinking about getting a drone you might want to head over to Dronesvilla.com to keep up to date with all things drones. Feel free to post your questions and then head into your local Henrys store or Henrys.com to get started. And, do not forget to take that safety course.

Learn How to Use Spot Metering 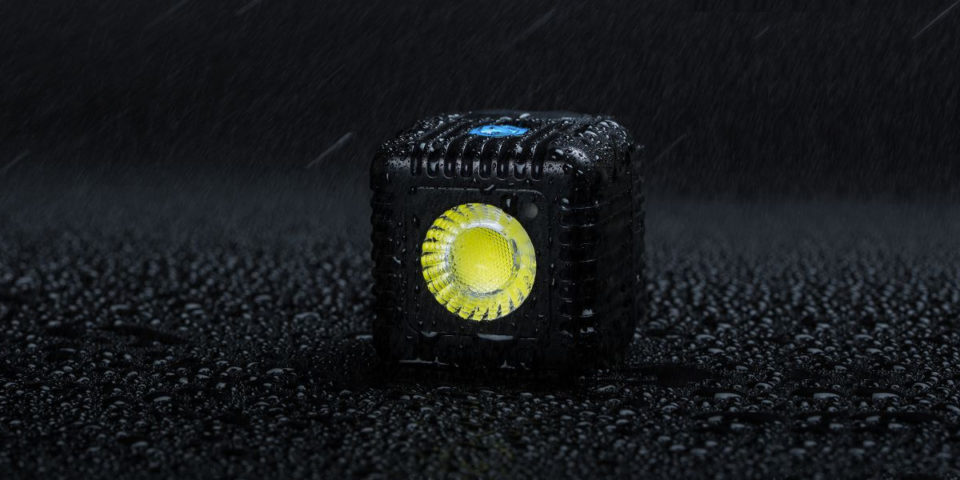